Visible Lifetime:  It is the lifetime of an Activity between onStart() and onStop() method calls. In this the Activity is visible to the user and he may or may not be able to interact with it. During the visible lifetime, an Activity maintains its state intact.

Foreground Lifetime:  Foreground lifetime starts with onResume() and ends with onPause() method calls. During this, the Activity is completely visible to the user and is on top of all other Activities so that user can interact with it.

Called when the activity is first created. This is where you should do all of your normal static set up: create views, bind data to lists, etc. This method also provides you with a Bundle containing the activity’s previously frozen state, if there was one. Always followed by onStart().

Activities should override this method to perform tasks such as:

Called as part of the activity lifecycle when an activity is going into the background, but has not (yet) been killed. The counterpart to onResume().

In all other cases it goes to stopped state by executing onStop() method. This is the default action when the user has pressed the back button, or a new activity which completely covers it resumes on top.

Activities should override this method if they need to:

Called when you are no longer visible to the user. You will next receive either onRestart(), onDestroy(), or nothing, depending on later user activity.

Note that this method may never be called, in low memory situations where the system does not have enough memory to keep your activity’s process running after its onPause() method is called.

The final call you receive before your activity is destroyed. This can happen either because the activity is finishing (someone called finish() on it, or because the system is temporarily destroying this instance of the activity to save space. You can distinguish between these two scenarios with the isFinishing() method.

When the Activity first time loads the events are called as below:

When you click on Phone button the Activity goes to the background and the below events are called:

Exit the phone dialer and the below events will be called:

When you click the back button OR try to finish() the activity the events are called as below: 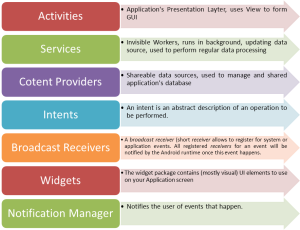 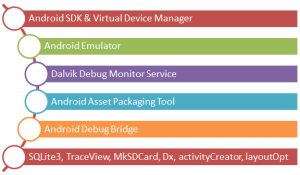